Author's note: I found this post on an old thumb drive. It was probably written in 2011. I don't believe it was published, but since I haven't kept good track of posts that I wrote for other blogs, I can't be completely sure.

Before I became pregnant, I used to wake up at five o’clock every morning and blissfully practice yoga for forty-five minutes. I relished the silence, the calm, the feeling of being alone with my True self. After having a baby, my routine went out the window and I have learned to take my yoga-induced bliss where I can find it.

As a new mother I struggled to find the time and space to practice yoga. I received a lot of advice about how it was essential to take “me time,” and if I didn’t, it was tantamount to mama failure. But as a mother who works full-time, outside the home, and is away from her baby for ten hours a day, my heart told me that I could not sacrifice time with my son for “me time.” On the other hand, I was feeling stressed and exhausted, and I wasn’t able to fully enjoy the time I did have with my son.

I knew I couldn’t give up time with my son, and I knew I had to find time to practice yoga. It took me a few months, but I finally found a way to make it work. The key was acknowledging how important yoga is to me, and being flexible enough to practice yoga outside the comfort zone of my usual morning routine.

Here are a few tips that helped me start and maintain a home yoga practice.  If you are looking for a way to begin, they may help you as well.
Namaste.

Well, could you please be nice?

We have a morning routine. If not already awake, I get the kids up at 7am. Josias climbs in bed with me and Shiloh. We talk, sing, cuddle, and rip toys out of each others' hands for about fifteen minutes.

Since he no longer sleeps with us, I have implemented this "in bed" time to reconnect with Josias before the demands of the day begin (because along with those demands come some of the challenging behaviors that Josias and I struggle with). Also, I enjoy hugging and kissing my babies. 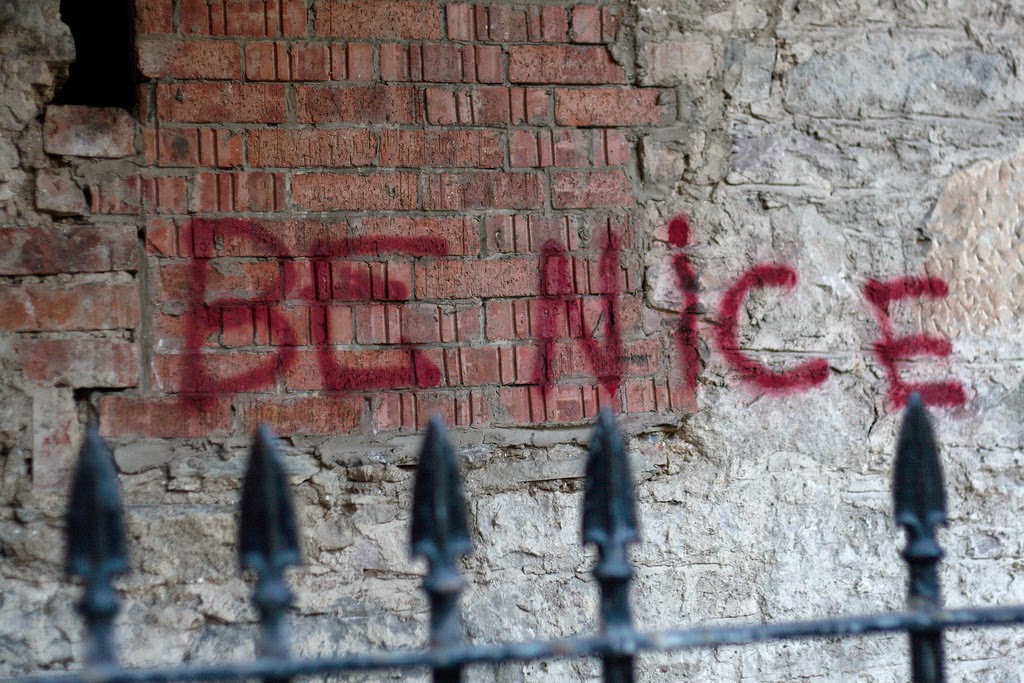 This strategy has been somewhat successful in preventing morning meltdowns, which tend to throw us off schedule. And keep on schedule we must, in order to get to school before breakfast is gone, as that would cause yet another meltdown. Our 7am wake up time gives us a full hour to get dressed, eat breakfast, and head out the door. It should be enough, but something inevitably waylays us.

Like today, for instance. We started out ahead of schedule. Eggs and toast had been prepared and consumed, cleared and cleaned. We had plenty of time to get dressed, so the kids were playing while I did some laundry. Great!

After about 10 minutes, I'd had it. I told him that if he didn't get dressed, Shiloh and I would wait for him in the car (not cool, and not true). He then discovered that he couldn't find his underwear. You mean the underwear I placed on the the couch 10 minutes ago and asked you to put on? Uh-huh, yes. Those underwear.

In a loud voice, I launched into a lecture about how if he had gotten dressed when I asked, this kind of thing wouldn't happen. The lecture went on for many moments longer than it should have. When I finally stopped, Josias looked up at me and with total sincerity asked, "Well, could you please be nice?"

This should have elicited not only an "aww" from me, but also a step back from what I was doing to take a deep breath and realize that nothing in this scene was an emergency and yes, I should be nice. Firm, but still kind. Always kind.

At that point, however, I had let my frustration get the best of me and my response was, "No! I cannot be nice. I asked you to get dressed many times and now you've lost your underwear!" It did not seem ridiculous when I said it.

I then left the room and recognized the idiocy of my statement and my attitude. It took me about 3 minutes until I was able to go back and say, "I'm sorry, Josias. You are right. Mama should be nice. I'm sorry for the way I spoke to you."

But then, I had to add, "I was frustrated," as if that was an excuse. Josias wasn't accepting excuses, however. He came back with, "Well you should still be nice. You could go like this - he proceeded to make exaggerated breathing noises, inhaling and exhaling several times - to calm down." 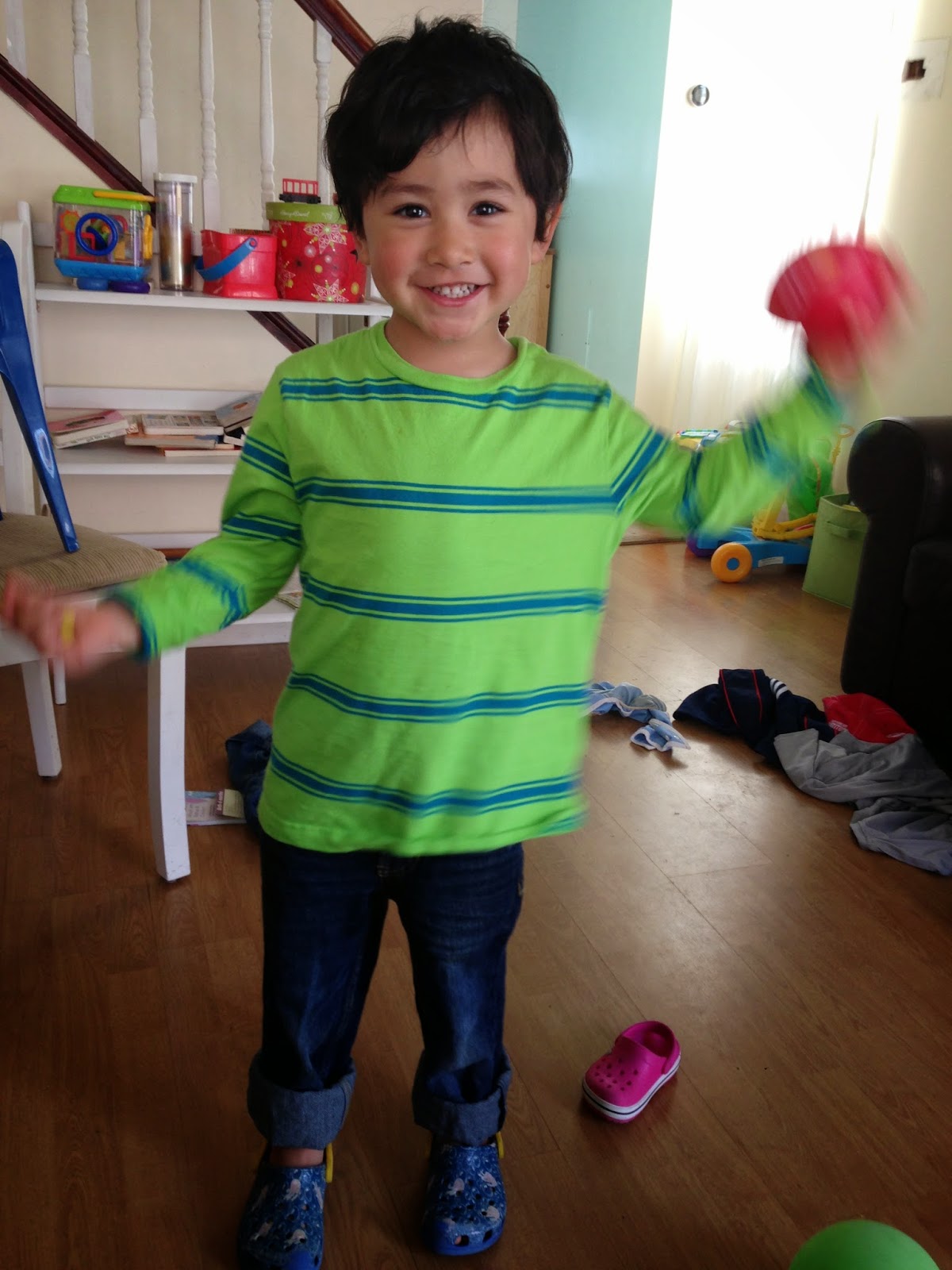 Later, as I debriefed this episode in my mind, three things struck me:
That's not bad for a three and a half year old. So, what I came away with is that sometimes, even if this morning didn't seem like one of those times, I must be doing something right.

Now, if only Josias could internalize the idea that HE should always be nice. 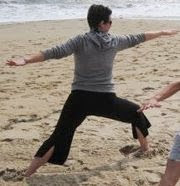 Dena
Washington, DC, United States
Dena is an aspiring yoga teacher who strives for green living and reads (anything) every chance she gets. She is an attachment parenting Mama of two boys: Josias, age 5; and Shiloh, age 3. Dena can be found blogging at EarthMamaYoga.blogspot.com and HuffReadsStuff.blogspot.com.